“HE WHO COMMANDS HILL 112, COMMANDS NORMANDY!”

50% of your entries goes to REORG.
Here’s a little info about this incredible charity:

When service personnel transition out of the military they leave behind a life of structure, purpose and camaraderie. For many former service personnel this can be a very difficult time, especially if they are also suffering the after-effects of physical and psychological trauma, which is the case for all too many of them.

This is where REORG comes in. Royal Marine’s C/Sgt Sam Sheriff started REORG to give drive and purpose to people that suffer this struggle. They help them overcome their challenges through learning a new, difficult and incredible rewarded martial art. Brazilian Jiu Jitsu.

REORG is a registered charity based in England. CEO and Founder Sam Sheriff, (along with Trustees Mark Ormrod, Tom Hardy and Trent Scanlen) are embarking on an ambitious plan to help thousands of their family throughout the world.

Further information for this event can be found in the following guides.

Terms and Conditions (Must be read before starting the event) 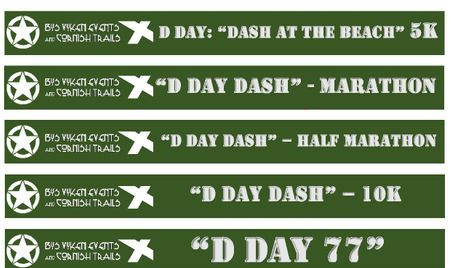 How & When to Register

You can enter at any time before the event finishes, obviously the later you leave it, the less time you have to complete it.  Enter using the button below.

You can enter you runs for this event via the runners base, you will have received log in details when you entered the event, if not please contact adrian@apbcomputerservices.co.uk

Enter Results
RACE DIRECTORS HAVE BEEN DBS CHECKED & IS AVAILABLE UPON GENUINE REQUEST
BYS VYKEN EVENTS – ‘ASSOCIATION OF RUNNING CLUBS’  MEMBER NUMBER: A173 /  BYS VYKEN RACE TEAM – ‘ASSOCIATION OF RUNNING CLUBS’ MEMBERSHIP NUMBER: 493
BOTH THE BUSINESS & RACE TEAM ARE NOT CONNECTED AND RACES ARE NOT  ORGANISED UNDER THE RACE TEAM BANNER
BYS VYKEN EVENTS & CORNISH TRAILS IS LICENSED TO COPY ORDNANCE SURVEY LTD  PAPER MAPPING (LICENCE NO: 100059449 ) EXPIRING ON 20/11/20
BYS VYKEN EVENTS AND CORNISH TRAILS IS FULLY INSURED AND PROTECTED AND COVERED BY ‘City Underwriters’, ‘Foldgate’ & ‘Cube Insurance’  WHICH SPECIALISE IN NICHE AND SPORTS INSURANCE AND LIABILITY COVER. BYS VYKEN EVENTS AND CORNISH TRAILS IS ALSO PROTECTED AS PER THE A.R.C PERMITS ISSUED WITH EACH RACE FROM A.R.C (ASSOCIATION OF RUNNING CLUBS). INFO AND PERMITTED RACES CAN BE FOUND @ RUNNINGCLUBS.ORG.UK
ALL EVENTS WILL BE MEDICALLY SUPPORTED AND COVERED BY ‘OMEGA MEDICAL EVENT SUPPORT COVER’.